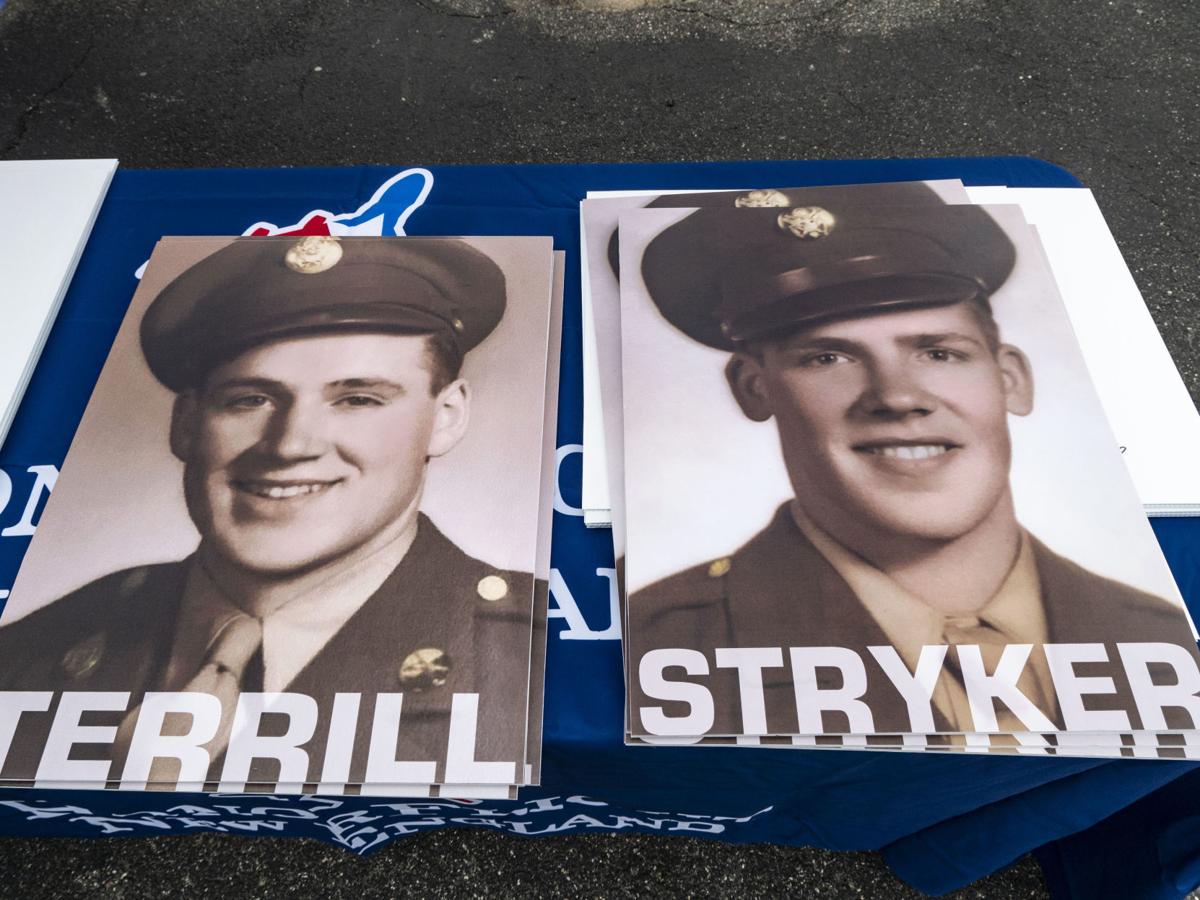 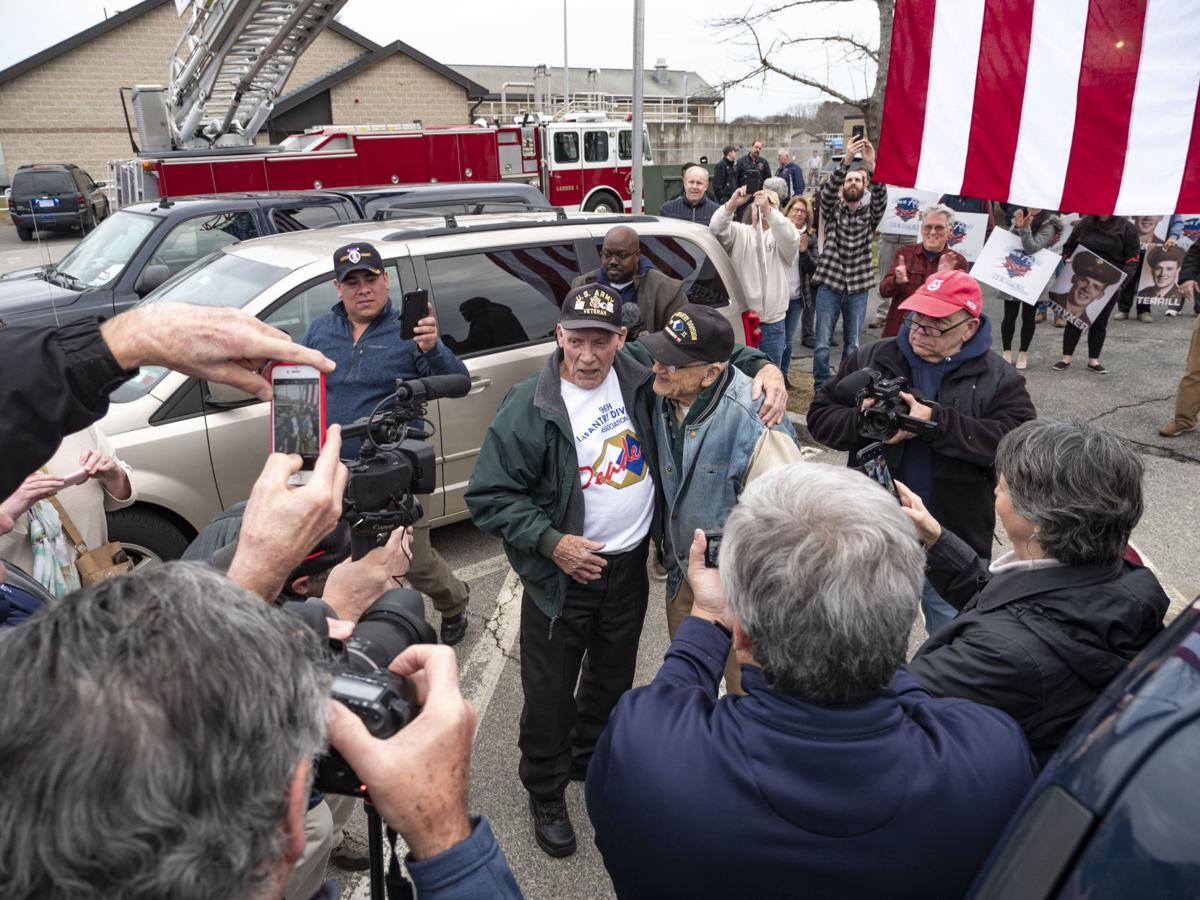 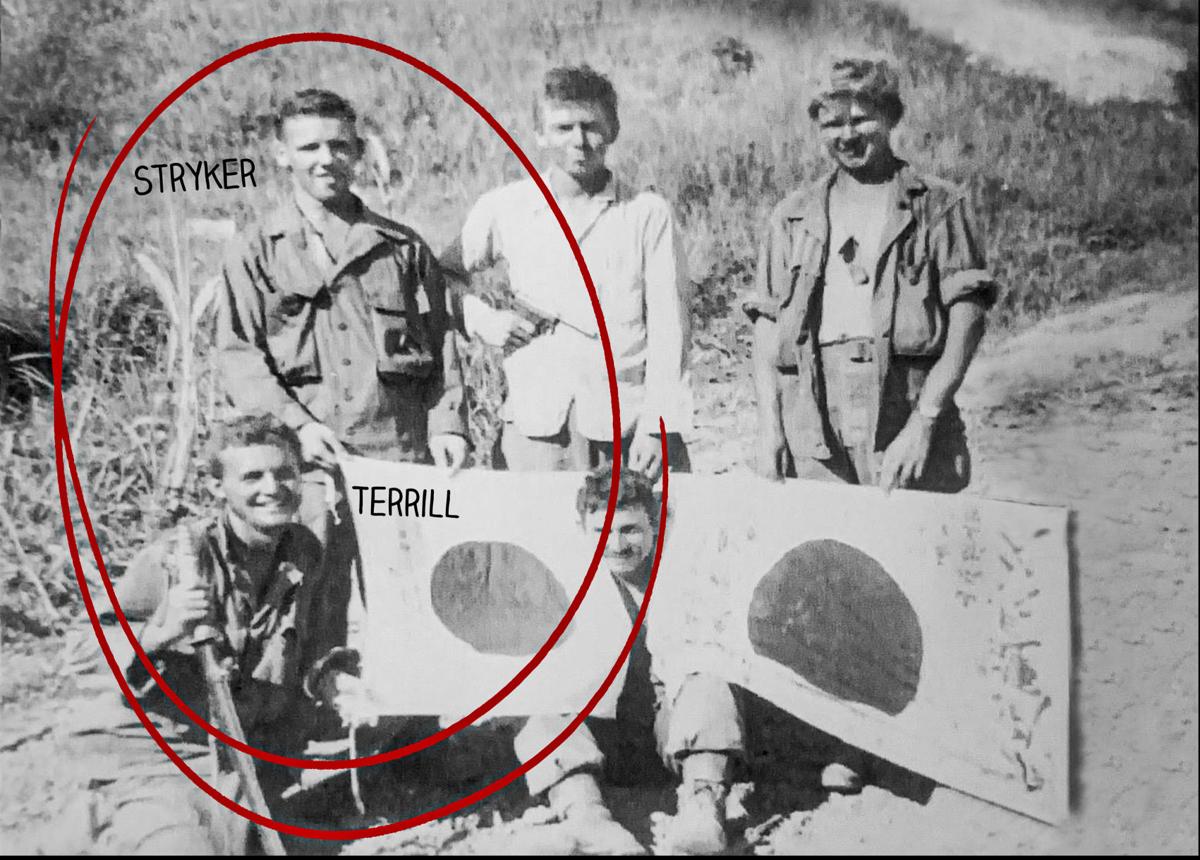 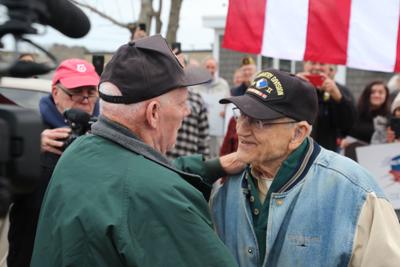 Manchester’s own Vincent “Vin” Terrill, 93, was given the gift of a lifetime Friday when he reunited with fellow WWII veteran and friend, PFC Harold Stryker, 95, of Rochester, NY, who Terrill thought was dead.

The pair had served together in the 96th Division “Deadeyes” during the Battle of Okinawa in Japan, and the very first moments of the reunion at the Amaral Bailey American Legion Hall were captured by a film crew working for producers of the documentary series Honor Flight Heroes, which is airing on Discover Networks’ American Heroes Channel (formerly The Military Channel).  Stryker arrived at 3 p.m. sharp in a van carrying a film crew that had driven from upstate New York earlier that day, with a full Massachusetts State Police escort from the New York border all the way on the Mass Pike to Manchester, at which time the Manchester police took over the escort.  At the Legion, Vin Terrill waited to greet Stryker with a full contingent of local residents and members of Honor Flight New England (the New Hampshire veteran non-profit that arranged local logistics with Manchester Legion Chaplain Bruce Heisey).

The pair had not even spoken by phone prior to the reunion.  This was literally the first communication either veteran had shared since 1945 when they parted after courageously serving their country.  Besides the film crew in tow, the whole event and its fanfare was also captured by local media, including Channel 5 News Boston, the Gloucester Times (front page) and many other outlets.

Stryker, recipient of the Purple Heart, and Terrill, staff sergeant and company radio operator, last saw each other in July 1945.  Each presumed the other dead until Terrill’s dear friend who’d worked for years with Terrill in the railroad industry, Susan Martineau, read about a Veterans Day airing of Honor Flight Heroes in her local newspaper featuring Stryker.  Stryker’s hat looked familiar.  That’s because it exactly matched the one that Vin wears, with an insignia from the 96th Division.

“She recognized the hat,” said Vin.  “It was amazing.”

Martineau reached out to Vin and confirmed that this was indeed the Harold Stryker that he met initially in basic training at Camp Wheeler, Georgia and fought side by side with until the Battle of Okinawa ended.  (“I was absolutely amazed," said Terrill.)

The producers of the show decided immediately that this was worth a special edition of the Honor Flight Heroes program and plans were put into motion to bring Stryker and Terrill together as quickly as possible for a reunion and series of interviews about their service together.

Joe Byron, founder of Honor Flight New England, together with Bruce Heisey and Bill Bell arranged special greetings and recognition of Stryker and Terrill during the weekend.  He also signed up Terrill for the first Honor Flight out of Boston to the Washington WWII monument in April 2020.

The 96th Division suffered more casualties than any other unit during the Battle of Okinawa, one of the bloodiest waged during World War II.  As part of a MBTS Troop 3 Eagle Scout project years ago, Terrill spoke of the war, of his unit and said in his interview that he wondered if any of his fellow soldiers were still alive. On Friday, he got his answer and it was, as he said, “the best gift a man could get.”

The weekend reunion with Stryker was both joyous and tiring, said Terrill.  “I cried,” he said, because in connecting with Stryker, “You can’t help but ‘be there’ again, if you will.”

Producers are hoping the follow-up documentary featuring Terrill and Stryker will air for Memorial Day.

Manchester’s own Vincent “Vin” Terrill, 93, was given the gift of a lifetime Friday when he reunited with fellow WWII veteran and friend, PFC …

Manchester resident Vin Terrill, 93, writes a letter to the editor thanking the community for the huge turnout and support surrounding his Honor Flight Reunion event that took place on Friday, January 3, 2020 at the American Legion Post here in Manchester-by-the-Sea.

Sorry, there are no recent results for popular videos.

Sorry, there are no recent results for popular commented articles.