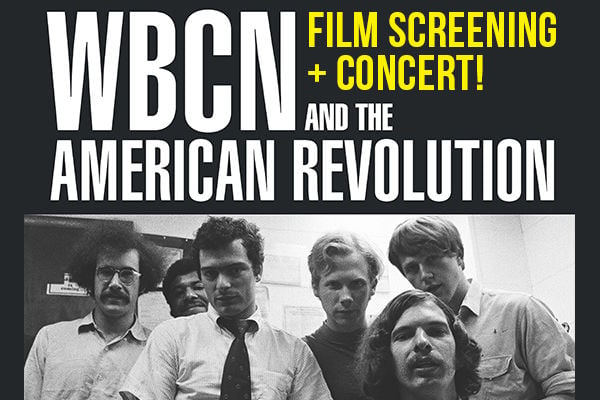 This event has passed

WBCN and The American Revolution is coming to Beverly. The award-winning crowd-pleaser, which vividly profiles the Boston rock station that became a legendary force throughout the Northeast in the late 60s and early 70s, will screen at the Cabot Theatre.

The screening will be followed by a performance from the James Montgomery Band with special guests Jon Butcher, Grace Kelly, and the renowned Uptown Horns, who have performed with rock legends James Brown, Ray Charles, Joe Cocker, J. Geils Band, Bonnie Raitt, and the Rolling Stones.

A high-energy feature-length documentary, WBCN and The American Revolution follows a compelling cast of characters as their lives connect and intersect during the rise of the legendary radio station that became both a player in and a platform for the explosive rock ‘n roll counterculture, passionate anti-war movement, and burgeoning civil rights, women’s rights, and gay rights movements.